In view of the particularity of the polypropylene extrusion process, desalinated water needs to be added during the operation of the extrusion granulator to remove the activity of the catalyst. Therefore, a large amount of water vapor will be generated in the barrel during the operation of the extrusion granulator. If a large amount of water vapor exists in the pellets, it will lead to the formation of pores in the pellets and affect the quality of the product. At the same time, during the knife sharpening operation, the water vapor mixed into the molten resin to form a large number of air bubbles, which will cause the template holes to be unable to be completely filled with the resin. As a result, the dicing water flows back into the barrel during the sharpening process. The polypropylene granulation production line adopts the ZB-DP-2R double-column screen changer produced by Batte screen changer manufacturer. for dual-channel screen changers. The double-column screen changer in the polypropylene pelletizing system is installed between the gear pump and the die head of the pelletizer to filter the impurities in the molten resin to improve the final quality of the PP pellet product. 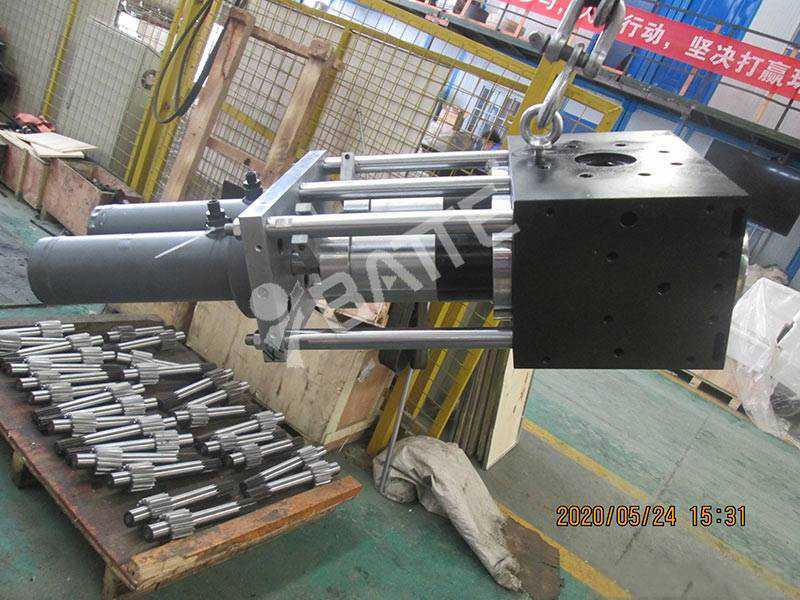 The polypropylene extrusion granulation hydraulic screen changer is designed with two cylindrical slide bars instead of flat plates, and the filter layer and the flow divider are installed at the through holes on the slide bars. There are tangential grooves on the surrounding corners of the through-hole recess, which play the role of exhausting air when the filter screen group is replaced. As a professional manufacturer of screen changers, Batte gives the following suggestions for the daily operation of the screen changer of polypropylene extrusion granulator.

1. When the extruder starts up, first open the vacuum system, and establish a vacuum of -5 to -3kPaG at the vacuum port of the extruder (too high vacuum may cause the vacuum port to be blocked), and confirm that the resin is completely removed. After the entrained air bubbles are removed, it is then fed to the extruder die.
2. The template hole feeding must be sufficient and confirmed.
3. Before the knife sharpening operation, the opening valve must be switched to the cut-off position to ensure that the cut-off resin still maintains a back pressure of 0.8MPa upstream of the filter support.
4. Monitor the pressure after the filter screen at any time during the knife sharpening process. If the pressure rises to about 1.4MPa (there is a pressure difference of 0.6MPa before and after the filter screen at this time, this value is safe for the pin meter), that is, stop the knife sharpening, Re-extrude the stencil feed bundle and confirm that the possible water retention at the bottom is completely eliminated, and then perform the knife sharpening operation again.
5. After the knife is sharpened, it is not allowed to switch the screen changer before re-feeding to the template for bundle extrusion. 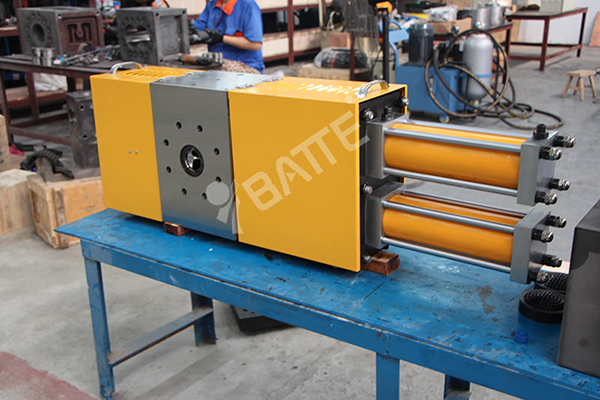